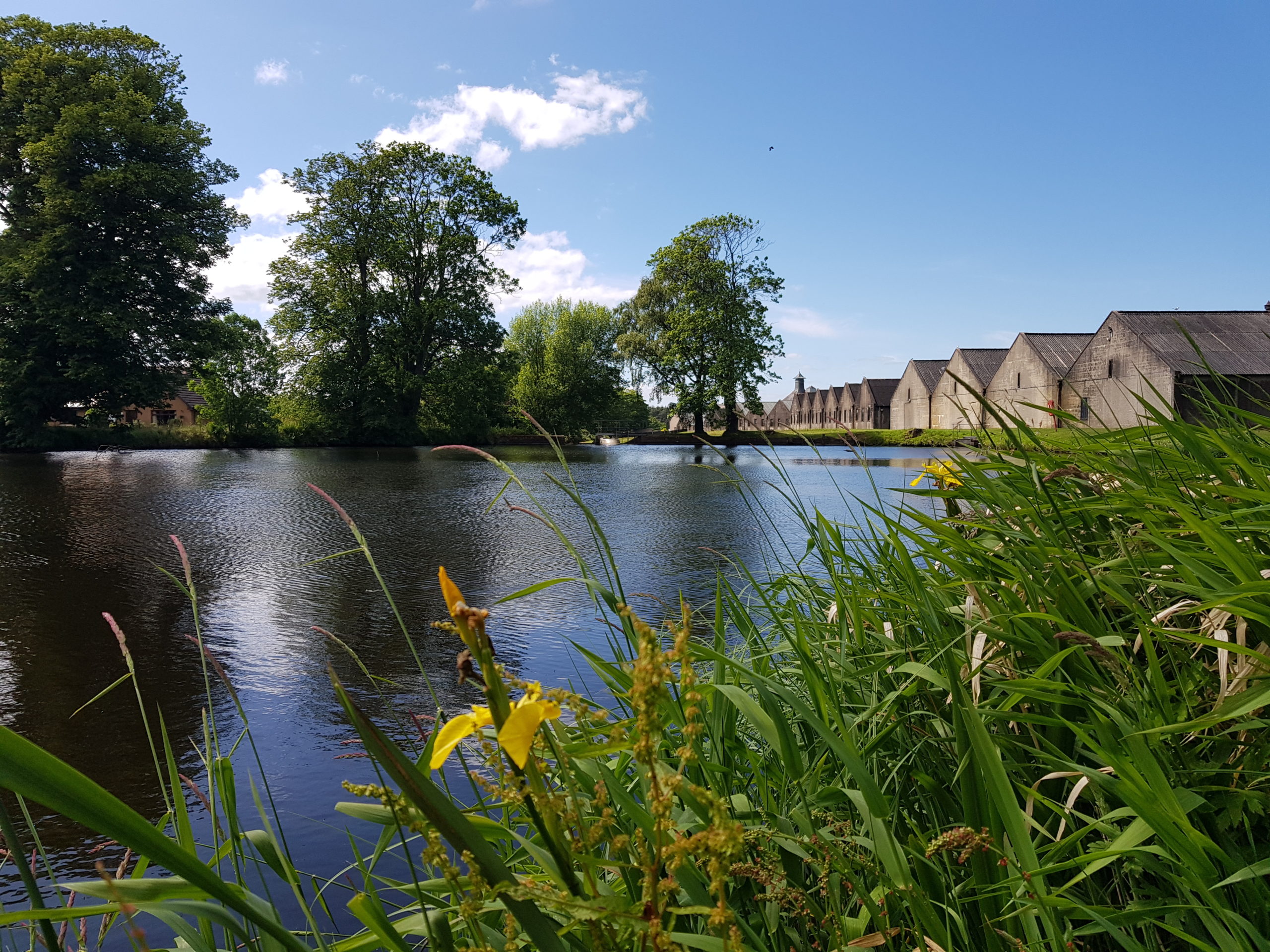 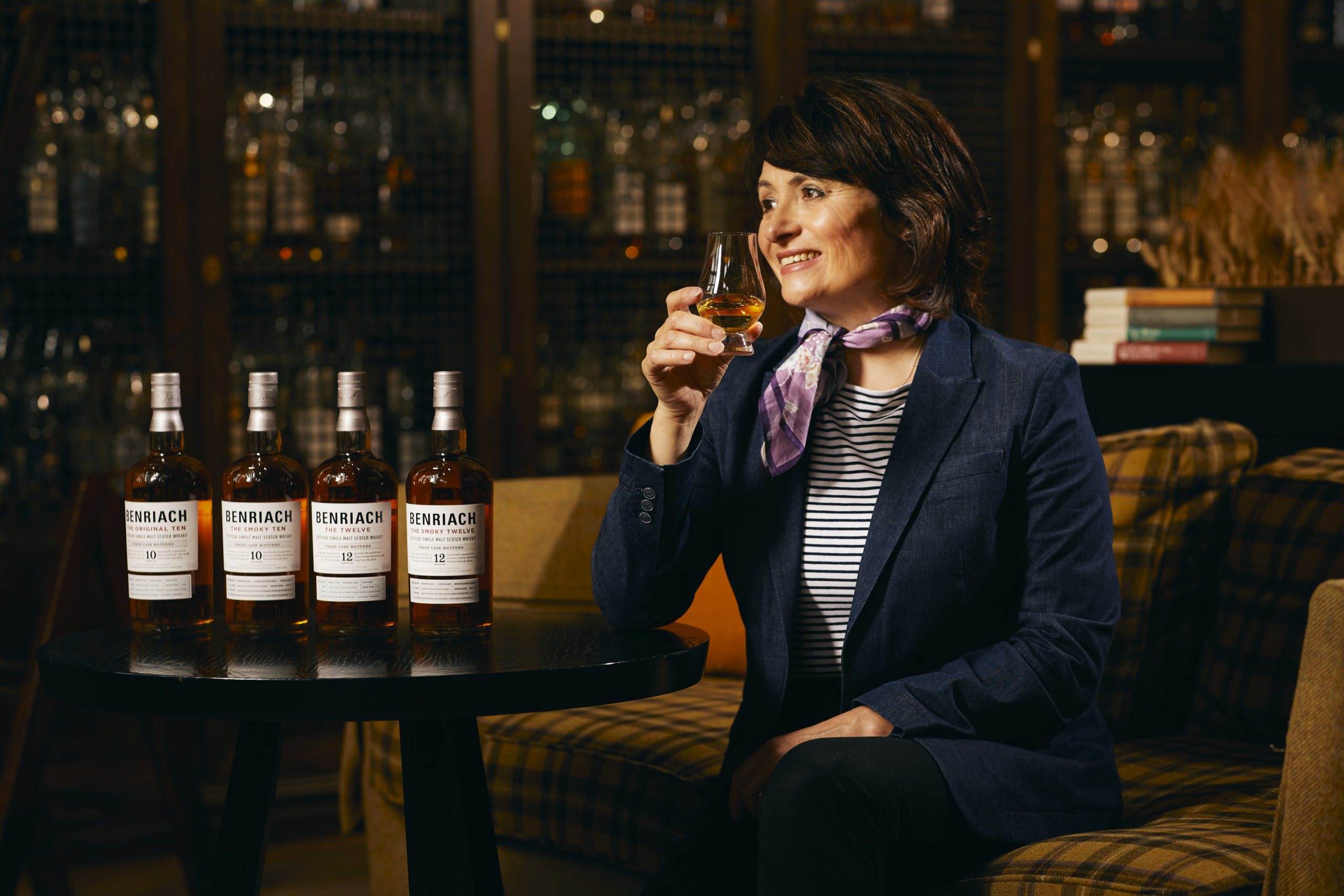 A couple of weeks ago, I was invited to a Benriach tasting led by global brand ambassador Stewart Buchanan, as they are launching their new core range in Norway. The core range was recently revamped with a focus on flavour-led innovation, and the four mentioned below are all new single malts crafted by master blender Rachel Barrie.

I will happily say that I have never encountered a Benriach I did not like, and these revamped core whiskies are no exception. If I had to pick one from the core range, I would go for The Twelve – a complex and interesting delight, and my personal favourite of the bunch.

N: Such a fruity delight! I am getting lots and lots of orchard fruits – ripe yellow apples, juicy pears and sweet cantaloupe melon, some peaches on the nose. Apple juice. Followed by a mellow, barely present wood note, vanilla, a little resin, honey and powdered sugar. There is also a familiar note taking me back to the times I used to play with my mother’s sewing machine, and the oil I somehow always ended up getting on my fingers. Everything carefully veiled in the thinnest layer of smoke.

P: The orchard fruits follow through to the palate, some of that apple juice, slowly turning into stewed orchard fruits. Then caramel, some woody bitterness, oak and spice. I feel like the smoke element is being quite the tease – it is there, but at the same time it is not.

F: Short finish with the familiar orchard fruits, feeling a little tacky on the lips, and some dryness.

All-in-all, this is a fine whisky. It might not be the most complex whisky I have tasted, but that does not deem in bad in any shape or form. It is very fruity, in case you did not catch that from the tasting notes, it is fresh and it does not disappoint. If you are one who is easily scared by the word “smoke”, then just choose to ignore it – it is as mellow as a loving caress, absolutely nothing to fear. It is perfect for those late spring and summer evenings.

Benriach The Smoky Ten – 46 %
Made from a combination of unpeated and peated spirit, using malted barley smoked with Highland peat, then three-cask-matured for at least ten years in bourbon barrels, Jamaican rum casks and toasted virgin oak. Replaces Benriach 10-year-old Curiositas, but remains the same whisky.

N: The first note I am getting from the smoky ten is a peculiar floral note, followed by a bit of that sewing machine oil I already mentioned, vegetation, those delicious orchard fruits, vanilla and finally smoke – a note that becomes a lot more apparent after letting the whisky breathe for a few minutes, while the fruity notes mellow out.

P: I am finding the same orchard fruits I found throughout this range, although not very prominent. Then pineapple, a peppery spice, some oak, a drizzle of caramel, saline and cured meat. The smoke is a lot more apparent on the nose than it is on the palate, and it is very gentle, not really out to scare anyone.

F: Short finish with some fruit, pepper, ash and smoke, cured meat and some dryness.

I still prefer unpeated whisky to peated whisky, even though I have been caught admitting that peated whiskies have grown a lot on me during 2020. Must be all these online tastings, no? I really like how the Jamaican rum casks give The Smoky Ten some pizzazz, making it stand out a little from the others, but I am not sure how I feel about the ashy finish.

Benriach The Twelve – 46 %
Three-cask-matured for at least twelve years in sherry casks, bourbon barrels and port casks. Replacing the Benriach 12-year-old with a new flavour profile.

N: Once again I am getting the ripe, juicy orchard fruits on the nose. It is quickly followed by vanilla custard, banana cream pie, some chocolate and tobacco. There is also a bit of a wood influence on the nose, making it feel more mature in a weird way, more comforting?

P: I am getting lots of cherries on the palate – this is without a doubt the port cask, then some orange, vanilla, a slightly woody bitterness, maybe a little bit of liquorice, and caramelised brown sugar.

F: Medium finish with some tannins, cherries turning into stewed red fruits, and a sprinkle of salt.

Another mighty fine whisky from Benriach. It is delicious, comforting, warming. I find it a bit more interesting than the original ten, simply because this is more up my alley and if you held me at gunpoint (alley, gunpoint, see what I did there?) I would have to choose The Twelve. It is a perfect late summery, autumnal whisky.

Benriach The Smoky Twelve – 46 %
Made from a combination of unpeated and peated spirit, then three-cask-matured for at least twelve years in bourbon barrels, sherry casks and Marsala wine casks. Entirely new release.

N: Prominent oak notes are the first thing I am finding, then the same oil note I have mentioned a couple of times in this post already, some smoke, cherries, creamy vanilla custard, oranges, tobacco, leather and a hint of cured meat.

P: The oak notes follow through to the palate, followed by red fruits – cherries, in particular, a good amount of spice, some ash and smoke – once again a gentle kind of smoke, although with a little more oomph than I found in The Smoky Ten.

F: Medium finish with quite a bit of oak. Vanilla ice cream with a cherry on top, apricots, leather and some tannins leaving a dry feeling in my mouth.

I am tempted to describe The Smoky Twelve as a “grown-up whisky”, although I would not be able to explain what I mean. It is similar to its younger sister, but it hits a little harder when it comes to taste. The wood influence is quite prominent, giving it a slight bitterness and characteristic none of the others in the core range have.

Benriach Distillery was founded in 1898 by John Duff and closed down due to the ‘Pattison Crash’ in 1900, which became the downfall of many distilleries. The floor maltings remained in constant production, and in 1965 the distillery could start producing their own malt whisky again. They then started exploring peated distillation in 1972, using malted barley smoked with Highland peat, before releasing their first single malt in 1994 – which became the inspiration for the 10-year-old single malt available today.

Benriach was awarded Global Whisky Distiller of the year in 2015, is now owned by Brown Forman, and appointed Dr Rachel Barrie as their master blender in 2017.