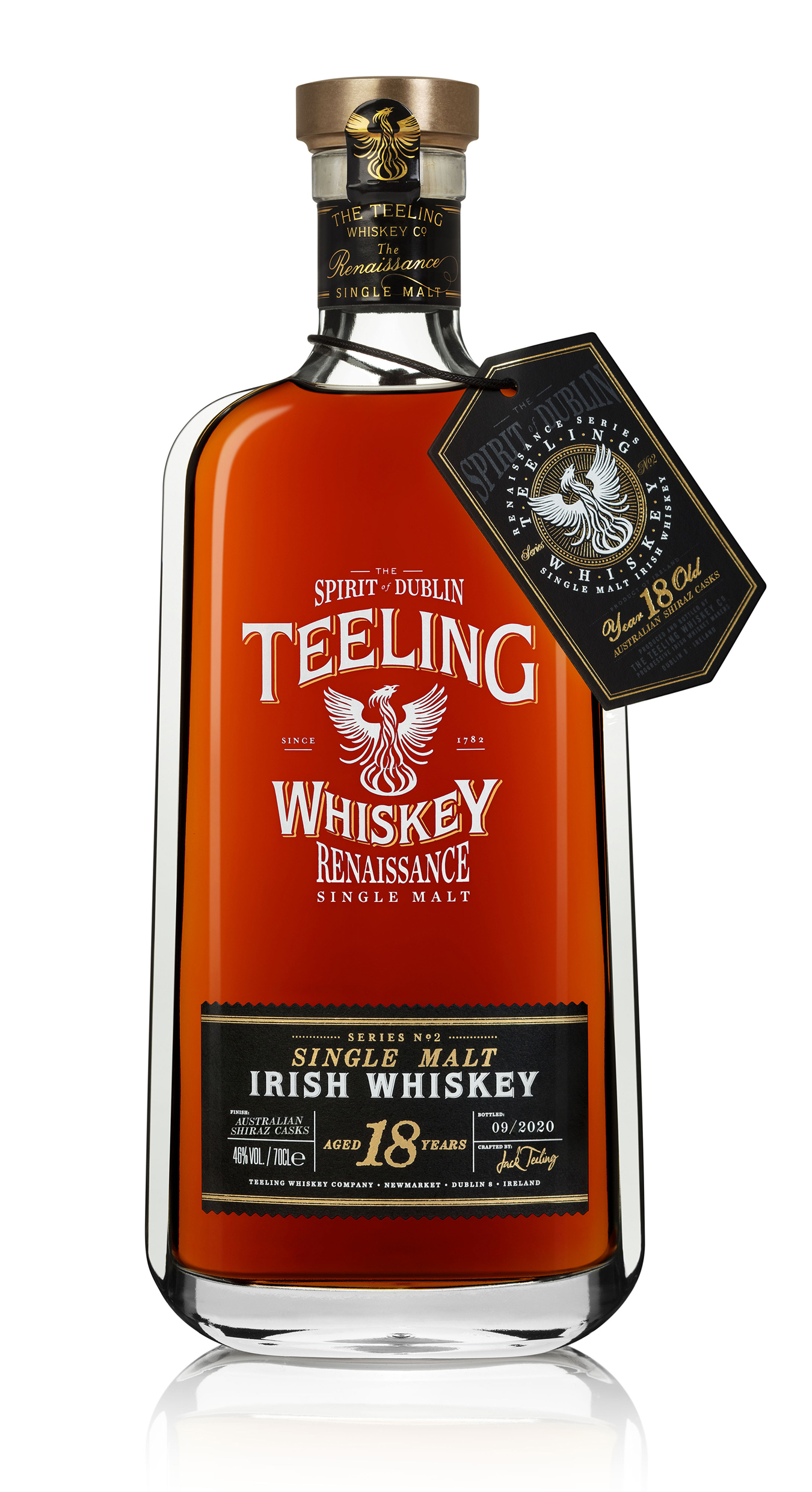 Everyone who knows me knows how much I love and admire Teeling Whiskey. A few people have even called me an “unofficial ambassador of Irish whiskey in Norway” because I never miss a chance to share my love for Irish whiskey in general. Over the years since the distillery opened in 2015, I have accumulated a few bottles. Or maybe a couple more than a few. Okay. Several then! And I see many more added in the future. In addition to being a fan of everything Teeling, this particular distillery has also played a large part in my personal whiskey journey thus far (read more in the Irish Whiskey Magazine).

Vinmonopolet here in Norway made five new Teeling releases available through TU (tilleggsutvalget) this Friday, in addition to Small Batch, which has previously been available in Norway and the Single Malt.

Renaissance Series 2 was launched in 2019, matured in ex-bourbon casks for 18 years before it was finished in ex-Australian Shiraz wine casks for 18 months and bottled at 46% ABV.

Nose
It has a pronounced and intriguing nose, this one. A comforting note of oak is the first to hit me, then creamy vanilla, fresh succulent pears at first, then strawberries – quickly transforming into dark red fruits after a couple of minutes in the glass. Then the honey notes come gliding in, followed by malt, wood polish, toffee and maybe some fresh coconut. There is also some spice on the nose, I am thinking cinnamon, closely followed by a little ginger.

Palate
Initially, the alcohol is perceived as a little more intense than I would have wanted but doesn’t take long to mellow out, and it is very warming in the throat. I am getting a bit of spice, kind of like a peppery spice followed by oak, a slight woody bitterness, caramelised sugar, strawberries, those dark red fruits – leaning towards black cherries more than anything else. Some faint honey notes make their appearance on the palate, and something is reminding me of bullion (giving it an almost slightly meaty note).

I am usually good at detecting wine finishes in whiskey, and this is no exception. The finish is apparent enough to leave me with a feeling of having sexy stained lips after sipping the Renaissance Series 2. Ask me if I am ready to conquer the world. Well, yes. Yes, I am.

Finish
The finish of the Renaissance Series 2 is long and intriguing, fresh and fruity. I am getting some tannins, remnants from the wine cask, I am guessing, although not unpleasant. The previously mention spice follows through to the finish, as well as the oak. The dark red fruits linger on the tongue, just as one would get with a glass of rich red wine.

The wine cask finish is apparent enough to leave me with a feeling of having sexy stained lips after sipping the Renaissance Series 2. Ask me if I am ready to conquer the world. Well, yes. Yes, I am. And I will do so with a bottle of Teeling Renaissance Series 2 in my hand.

Back in 1782, Walter Teeling set up a small craft distillery on Marrowbone Lane in the heart of Dublin city. Then, in 2015, brothers Jack and Stephen Teeling, the latest generation of Teeling whiskey makers, opened the new Teeling Whiskey Distillery just down the road from there the original family distillery once was. The Teeling Whiskey Distillery, situated in the heart of the Golden Triangle, which is Dublin’s historic distilling district, is the first new distillery in Dublin for over 125 years.