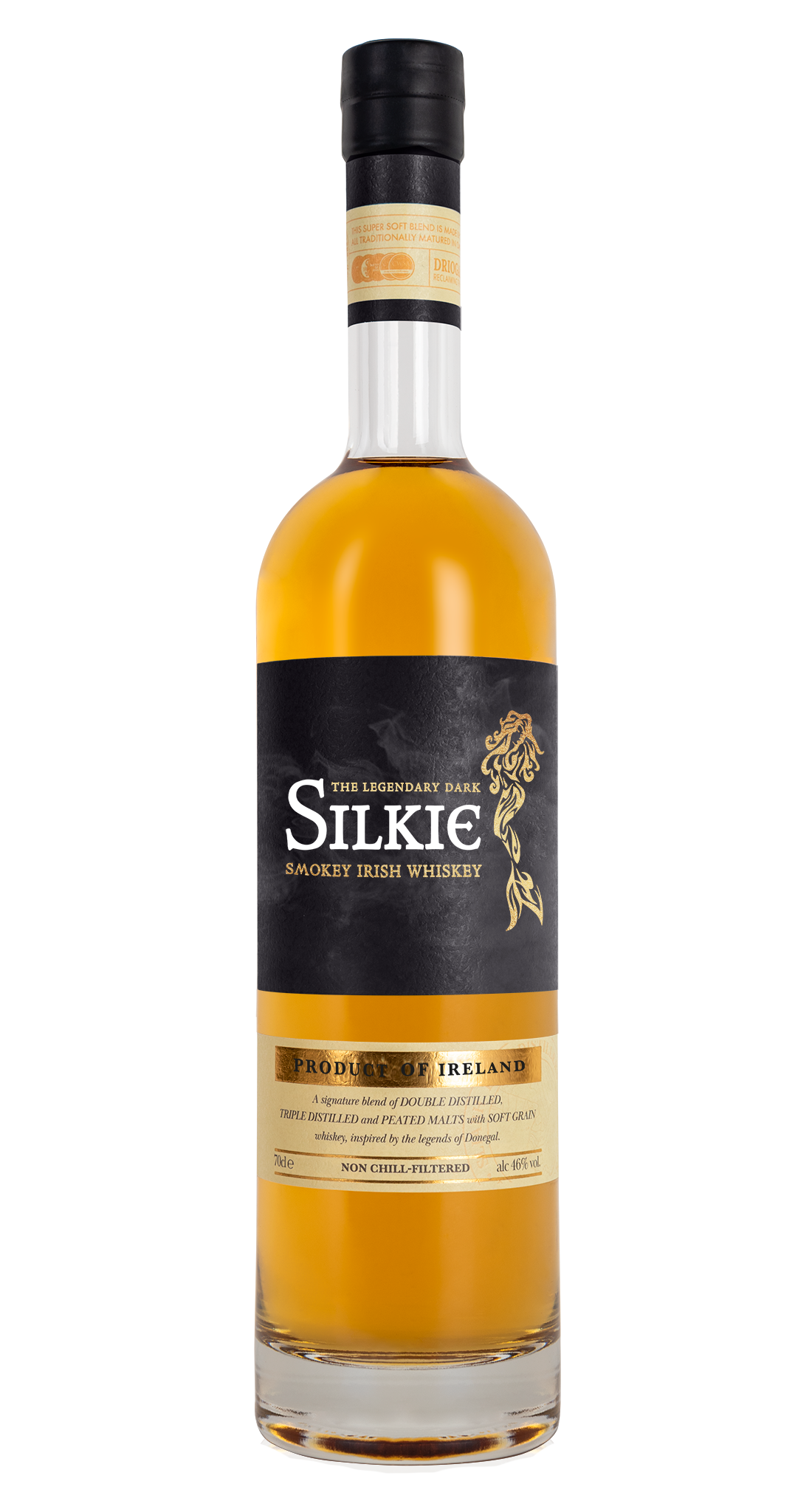 Over the last six months, I have accumulated so many whisky samples that are now just waiting to be tasted and reviewed, that it has become difficult to decide which one to choose. A couple of months ago I received a sample of Sliabh Liag The Legendary Dark Silkie from a very kind friend in Ireland, and I felt like now was the time to have a taste.

Nose
The very first notes I am getting from this whiskey are sweet, dark fruits and a rather strong note of bitter, almost burnt caramel. Then the gentle peat comes floating in, mixing with a green, herbaceous, earthy note, similar to eucalyptus, instantly putting me in the middle of a dusky, damp forest after a rainfall. Slowly the nose develops into luscious red fruits (the sherry influence, I am guessing), followed by a gentle wisp of sweet wood notes from the oak barrel. I am slowly falling deeply in love with this amazing blend, and the enticing notes of tobacco, malt and a hint of liquorice, keep pulling me in.

As I have already mentioned in another post, some whiskies sing to me, and Dark Silkie is no exception. In fact, it sings its way to my heart, or maybe it is the Silkies themselves? The walk through the damp forest leads me down to the sea. The sky is grey. I am sitting among the rocks, looking out over the water, the wind gently ruffling my hair. In the horizon, I spot an eagle hunting for fish. The air is a bit chilly, but the scene is still serene and comforting to me. As the nose starts to change, it pulls me straight into a bar. Dark wooden interior, leather seats, the smell of beer and liquor, the soft hum of people chatting, dim lighting.

I find myself wanting to nose this one for the rest of the night, and now it is safe to say that I have fallen head-over-heels in love with this blend. Such a divine nose! The idea of my perfect man will be wearing a Dark Silkie scented cologne, just saying…

Palate
Dark Silkie is a tricky one to describe. It has a very nice natural sweetness to it, so warming and pleasant. At a mere 22 ppm, the peat is barely noticeable on the palate and kind of just drifts up into my nose more than anything. Those green, herbaceous, earthy aromas carry through to from the nose, in addition to something reminding me of fresh pine trees. I am also getting those delicious leather notes, tobacco, a bit of treacle. It ends in a tiny bit of bitterness on each side of my tongue, each sip leaving a hint of fermenting hay in the back of my throat. I would not call Dark Silkie fruity, but I can certainly taste the remnants of the sherry cask.

Finish
It is o’ so deliciously oily, coating my mouth with a gentle sweep. Viscous, balanced. Exactly how I love my whisky. It finishes off with strong notes of treacle, those same rich red fruits I already mentioned, and the slightest hint of malt syrup.

I am reluctantly having to admit that I am growing quite fond of peated whiskies, and definitely after having been introduced to Dark Silkie this evening. What a dram.

Sliabh Liag Distillers made up of An Dúlamán Gin Distillery (2017) and Ardara Distilliery (2020), is the first distilling company in Donegal, Ireland, for over 175 years. An Dúlamán is located just outside of Carrick, where Abhainn Bhuí and Glen rivers flow into Teelin bay at the foot of Sliabh Laig.

Inspired by the folk tales of the Sliabh Liah peninsula of Donegal, Ireland, a dream of bringing legitimate distilling to Donegal Gaeltacht was born, and so followed The Legendary Silkie and The Legendary Dark Silkie. The latter’s core is a triple distilled peated single malt, matured in sherry casks. This single malt is peated to 55 ppm, but the phenol level drops to 22 ppm after triple distilling, resulting in a rich sweet and smokey flavour. It is then blended with a double distilled single malt, matured in bourbon barrels, and soft grain whiskey, matured in virgin oak casks – resulting in The Legendary Dark Silkie.