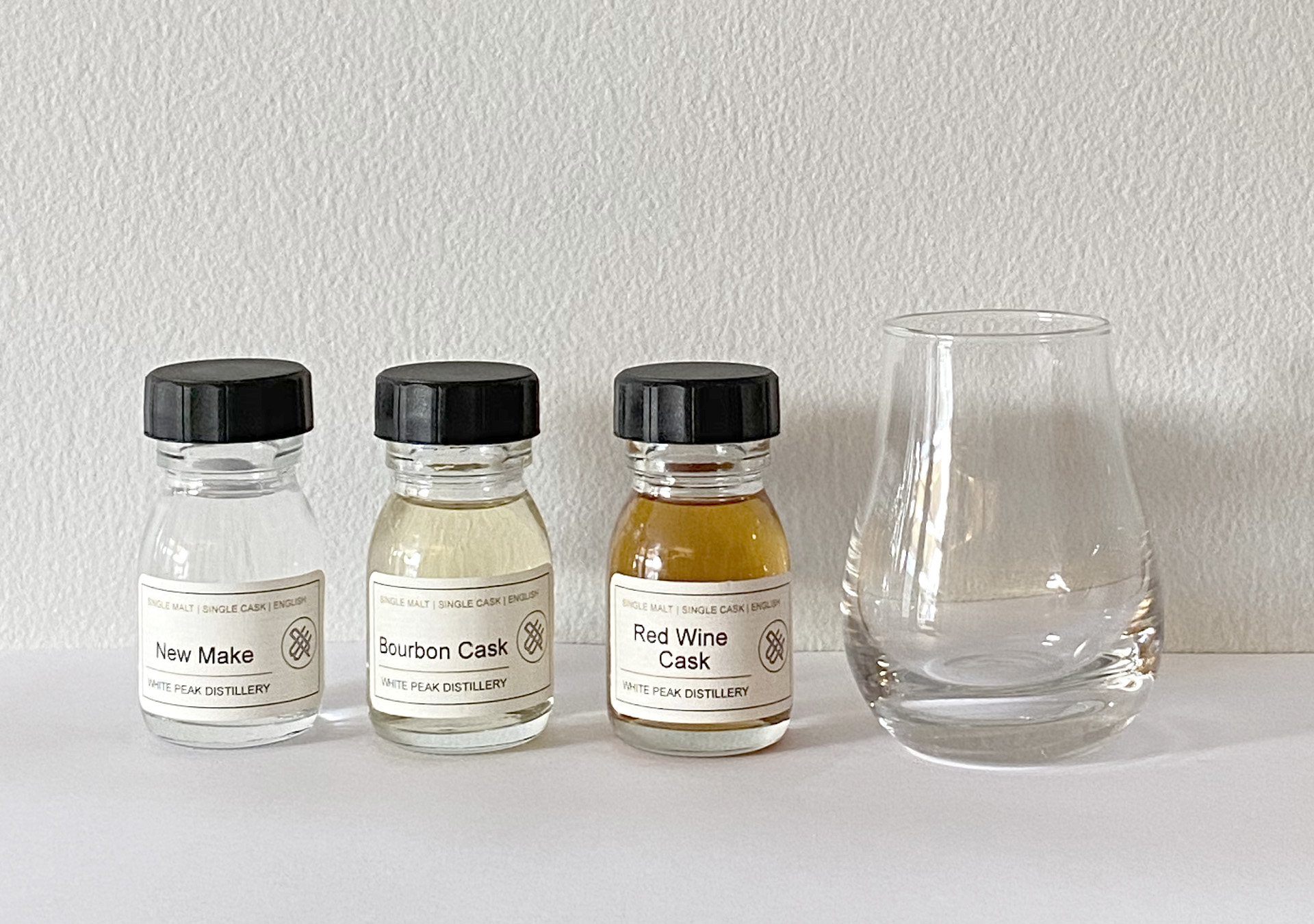 Thursday 20th I had the pleasure of joining in on a tasting a little different to what I am used to, held by Max Vaughn, White Peak Distillery. The sample pack I had ordered and received beforehand contained three sample bottles: New Make, Bourbon Cask and Red Wine Cask, a small bag of their heavily peated barley, in addition to a very dainty branded glass. Both the bourbon and the red wine cask were about 24 months old.

The tour was like a virtual tour of the distillery with Max telling us a bit about the history and the distillery itself. Along the tour we first got to taste the new make, which is the spirit that goes into the cask and eventually turn into whisky. The ABV of said new make is usually pretty high, but this sample was cut down to around 60 %. I’ll be the first to admit that I am usually not too big on new make, I am from a small village up north and new make brings back memories I would like to keep buried. With that said, the White Peak new make was really delicious!

Nose
I’ll talk about the new make first. On the nose I initially got grapes, more specifically white grapes, which developed into a strong sensation of corn/maize. I got the same nosing notes with the bourbon cask, although there was an added aroma of wood. And lastly, the red wine cask was a little bit drier on the nose, as you would expect with said cask.

Palate
The new make tasted sweet, not overly strong as I was afraid it would. I had most of my sample neat, without adding water, and I was able to pick up said grape, corn/maize, apricot, treacle and an ever so small wisp of peat. When I added a few drops of water to the last sip of my sample, I picked up something I would describe as a forest-y aroma like pine needles, or sap from pine trees. The bourbon cask had the same tasting notes as the new make, although a mellower taste despite an ABV of around 60 %. With the red wine cask I picked up those well known aromas of dried red fruits and something nutty, maybe hazelnuts, on the palate.

All in all a fabulous tasting, and I’m very excited to see what White Peak will release when their whisky is ready for the market. I know I will be first in line to get a bottle or two. A big thanks to Max Vaughn for having me!

White Peak Distillery is a craft distillery situated in Derbyshire, England, focused on producing authentic small batch spirits, and was founded by Max Vaughn in 2016.